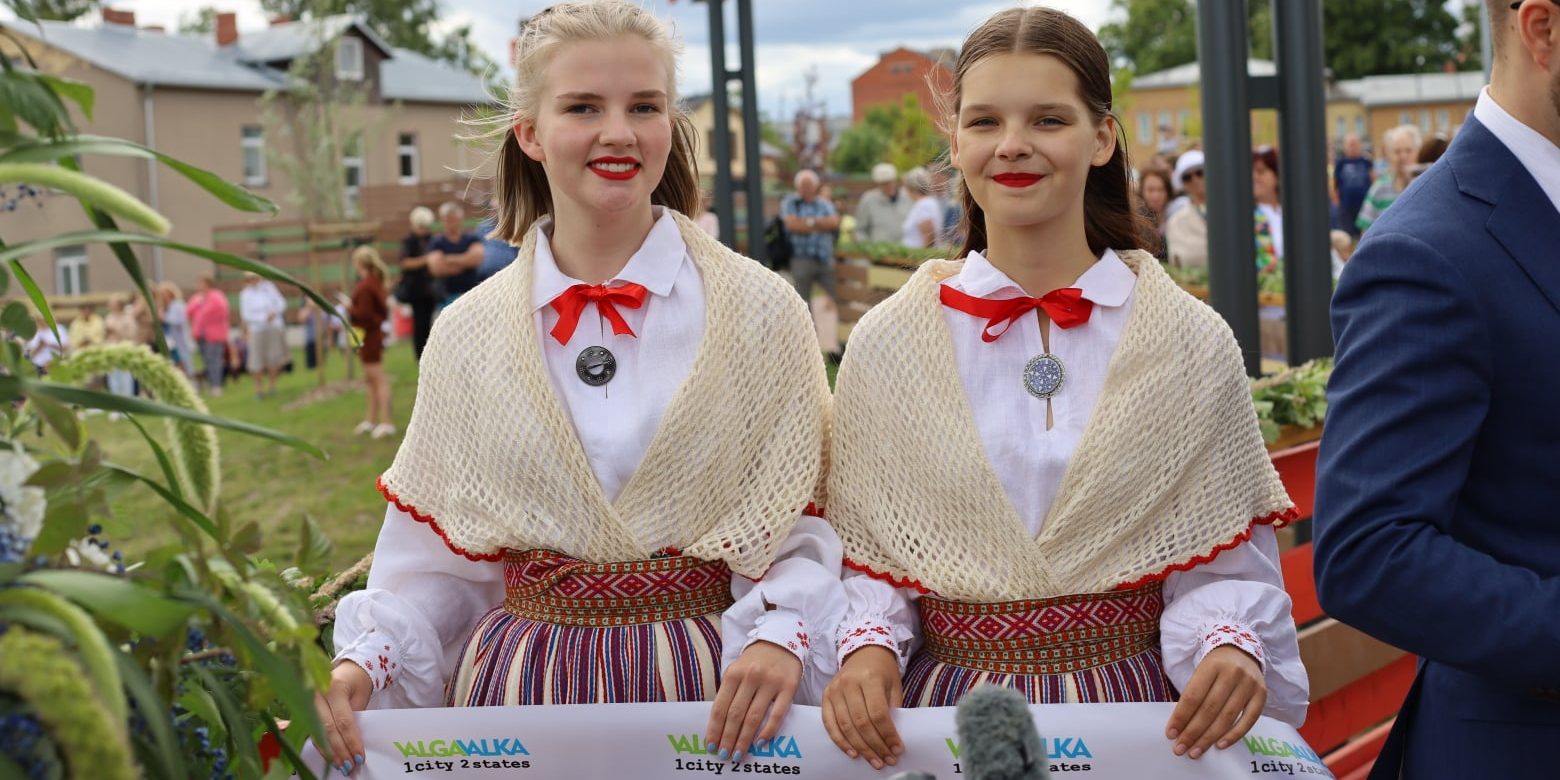 The construction of the Valga-Valka Twin Town Centre was completed in December 2020. Unfortunately, the opening of the new heart of the city had to be postponed due to the restrictions caused by the coronavirus. The festive event took place half a year later, on August 6, 2021.

Opening remarks were made by Vents Armands Krauklis, Chairman of the Valka Municipality Council, and Monika Rogenbaum, Mayor of Valga Municipality. Municipal leaders emphasized that the birth of the common centre of the two cities was preceded by a rather long history. The first ideas arised about fifteen years ago, but the project took a more precise direction seven years ago. Thus, today we can see the result of long and patient work. Municipal leaders said that projects of this size can only be implemented in good cooperation and with a dedicated team.

Jordi Safont-Tria, the representative of the Spanish architectural company, said that implementing the project in a foreign country was a challenge for them, but the result is excellent. Artūrs Toms Plešs, Minister of Environmental Protection and Regional Development of the Republic of Latvia, Juris Pūce, Chairman of the Administrative Territorial Reform Commission, Väino Tõemets, Head of the Regional Administration Department of the Ministry of Finance of the Republic of Estonia, Sven Pertens, Chairman of the Management Board of TREV-2 Grupp and Anu Roomere, representative of the INTERREG Estonia-Latvia programme managing authority also expressed their satisfaction with the completed heart of the city.

At the event, local choirs performed songs, the fragments of which can be found on the pergolas of the central square. After that, a festive ribbon-cutting ceremony took place on the new pedestrian bridge. In addition to the ceremony, Valga and Valka were also symbolically connected by the well-known slackliner Jaan Roose, who literally crossed the border while walking on a fine balance line drawn to a height of 25 meters.

The development of the Valga-Valka Twin Town Centre included extensive construction of urban space in both Valga and Valka, including the construction of a new pedestrian bridge over Varžupīte / Konnaoja, Valka’s new central square with portico, information point, children’s playgrounds, Ramsi square and skatepark for youngsters. Also, and Raina/Sõpruse Street, which was rebuilt into a promenade that connects the central squares of the twin towns and two visual and symbolic landmarks – St. John’s Church on the Estonian side and Lugaži Church on the Latvian side. In total, approximately 54,000 m2 of urban space was renovated.

In order to find the best solution for the joint centre of the two cities, Valga Municipality Government and the Valka Municipality Council organized an international architectural competition “Valga-Valka Twin Town Center Territory and Pedestrian Street Concept” in 2016. The architectural competition was won by the work entitled “Cross-border Strands”. The authors of the work were architects from Barcelona: Jordi Safont – Tria, Anna Gutierrez and Alvaro Cuellar.

The construction project was completed in May 2019, after which construction tender was carried out. The best offer was submitted by AS TREV-2 Grupp, and in December 2019 a building contract was signed.

Construction works in the centre of the Valga-Valka Twin Town proceeded relatively smoothly. Although AS TREV-2 Grupp had to face various obstacles due to the coronavirus and the limitations of the emergency situation, a solution was found to each obstacle.

The common square of the two cities is still new and it obviously takes time for the whole area, including landscaping, to look like it could be in an ideal picture. At the same time, we are pleased to say that the residents of Valga and Valka have already embraced the common space and more and more people are spending their time here.