You are here:
Construction news 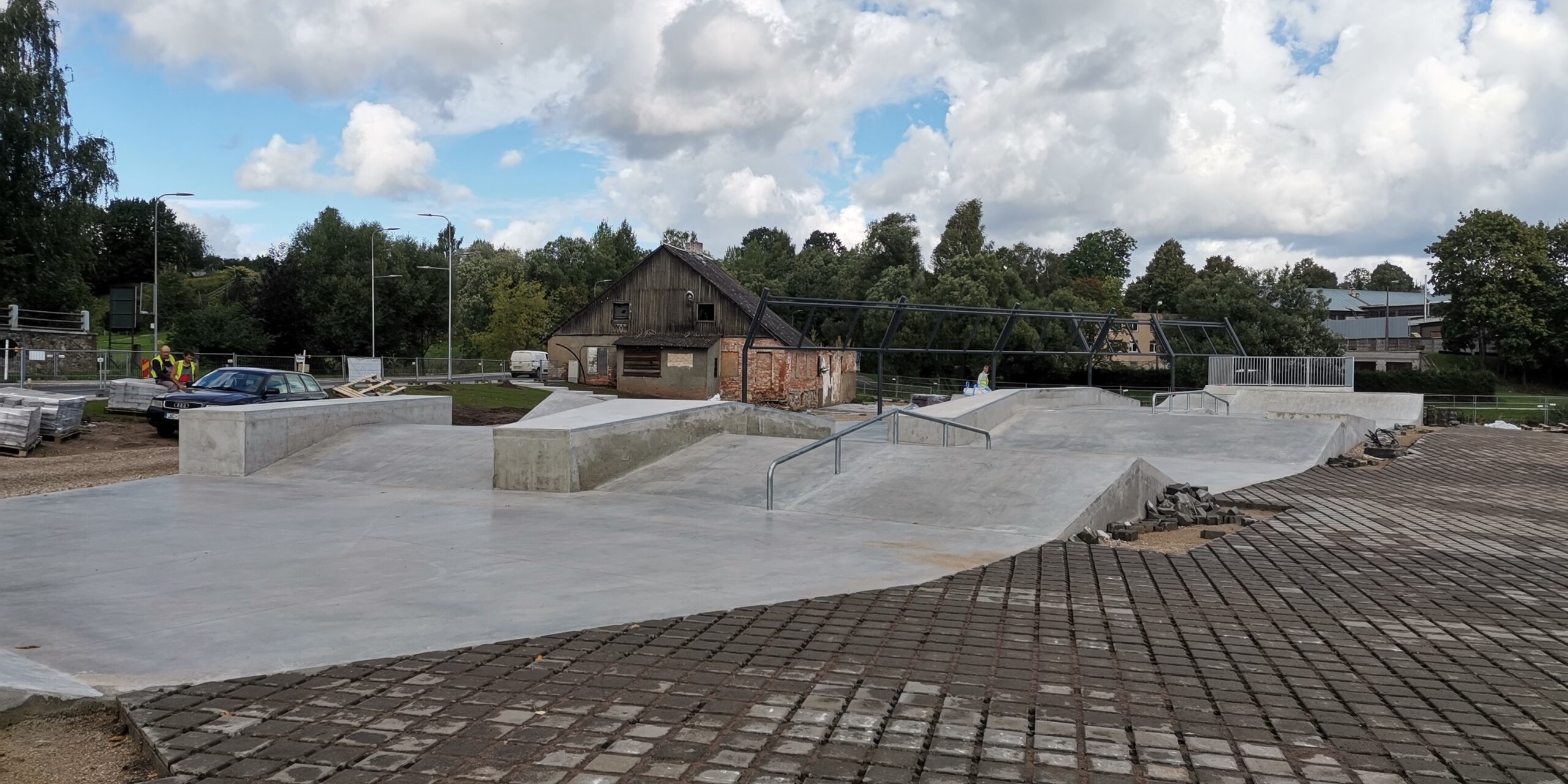 After several years of preparatory activities, the construction of the Valga-Valka twin town center started in March 2020. The construction works are performed by AS TREV-2 Grupp. This is a unique project that is taking place simultaneously in two countries and due to its cross-border nature a number of smaller and larger problems have had to be overcome. However, according to Marko Rentik, the site manager of AS TREV-2 Group, the construction works have been going quite well so far and the works are on schedule. For the builder the situation is somewhat complicated by the fact that instead of one customer for this project there are two customers – Valga Municipality and Valka Parish.

The aim of the Valga-Valka twin city center project is to reunite the Estonian city of Valga and the Latvian city of Valka and to form a common cross-border urban space.

During the construction works a new Valka central square will be built, which will be used for cultural events, open-air markets and other sort of gatherings. In the southern part of the square there is going to be a children’s playground and park benches between the trees. This area is suitable for peaceful leisure and contemplation. There is no park furniture planned in the northern part of the square, which allows to organize different kind of outdoor events. The portico/stage to be built on the square is suitable for different kind of activities or performances as it is situated on a higher level compared to the square and makes the portico perceptible as a stage. The portico also acts as a visual filter between the square and the bus station. In addition to the abovementioned works, Valka bus station is undergoing a renovation. A pedestrian street will be built between the central squares of the two cities connecting the churches of Valga and Valka.

On the Valga side, a skate-park will be built near Ramsi watermill. The new skate-park will provide new opportunities for children and adolescents to spend their free time and play sports. The elements of the skate-park are combined from concrete and metal. Also, a square for open-air cultural events will be created next to Ramsi watermill. Stationary benches are installed on the terrain around the square, from where it is possible to watch various cultural events. The ruins of Ramsi watermill are planned to be preserved and transformed into a viewing platform in the near future in cooperation with the Estonian National Heritage Board.

Within the framework of the project, the surroundings of Varžupīte/Konnaoja will also be revived and so-called “Oja park” will be established together with new landscape design, bicycle- and footpaths. The border between two countries is now becoming more like an intermediate green area full of trails that invite residents to walk from one city to another, blurring the borderline and connecting residents of Valga and Valka, different institutions and recreation areas. A new pedestrian bridge will be built across Varžupīte/Konnaoja to make it easier to cross the border in the new central area. This bridge will be for pedestrians only and it will be a whole new border crossing point. A swing will be installed in the middle of the new bridge which will allow people to swing from Latvia to Estonia and back. The new green area and tracks are connecting the Valka city square directly with the Pedeli recreation area.

According to Marko Rentik, the site manager of AS TREV-2 Group, most of the road construction works are completed, but there are still some smaller areas that need to be completed. It is necessary to assemble design lighting poles and lighting, install playgrounds and park equipment, plant trees and shrubs and finish various concrete constructions. After the completion of road construction, the roads will be marked and new railings will be installed on the bridges. Also, a swing will soon be installed on the bridge between the two countries, exactly to the border.

Most of the work has been done, but there are a lot of small details that will take time for the construction of the Valga-Valka twin city center to be fully completed. Construction works are expected to be completed by the end of 2020. Upon completion of the construction works, other activities of the project will be continued in order to increase the attractiveness of the area and bring more users to the renewed urban space.